Elections in Kazakhstan: Tokaev predictably wins with more than 80% of the vote 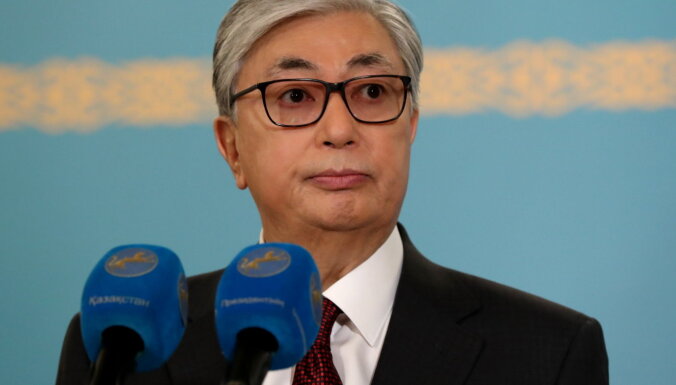 According to preliminary data, the participation rate was 69.44%. More than 8.2 million out of nearly 12 million registered voters took part in the vote, the CEC reported.

According to the results of an exit poll conducted on Sunday by the Open Society International Institute for Regional Studies, Kassym-Jomart Tokayev won 82.45% of the vote.

Another exit poll, conducted by the Amanat party’s Public Policy Institute, gave Tokayev even more: 85.52 percent of the vote.

After the exit polls were announced on Sunday night, Tokayev spoke at his campaign headquarters and said the elections were held according to law and all candidates had equal chances.

“They freely visited the regions, met the voters, campaigned. There were no restrictions for anyone. Every voter had freedom of choice. So this campaign was fair and open,” said- he declared.

Ahead of the elections, some analysts said the level of voter turnout would be no less important than the identity of the winner – a high turnout would signify people’s confidence in the authorities.

The presidential elections were appointed by Tokayev himself, who, according to analysts, intends to legitimize his power in this way.

Six candidates were running for the post of head of state. In addition to Tokayev, these are the deputy of Astana maslikhat (local legislature) Karakat Abden, the representative of the National Social Democratic Party (NSDP) Nurlan Auesbaev, the head of the Association of Farmers of Kazakhstan Zhiguli Dairabayev, the economic theorist appointed by the trade unions Meiram Kazhyken and human rights activist. Saltanat Tursynbekova.

Tokayev’s competitors had previously gone unnoticed in big politics and signed up literally two months before the election.

Analysts believe Tokayev called a snap election to secure his victory before real opponents emerge or protests swell in the country.

Tokayev became president of Kazakhstan in 2019. Nursultan Nazarbayev, who ruled the country for 28 years, backed Tokayev in snap elections and effectively transferred power to him. Therefore, many saw Tokayev only as a protege and staunch supporter of Nazarbayev.

However, after the January 2022 protests, during which at least 225 people died as a result of the riots, the new president began to actively expel relatives of the former leader from key positions in various departments, including services. specials and in the state. – owned companies.

Previous articleIn the Kaliningrad region, a three-year-old boy died in a fire in the refrigerator.
Next articleNamed a habit that kills the thyroid gland