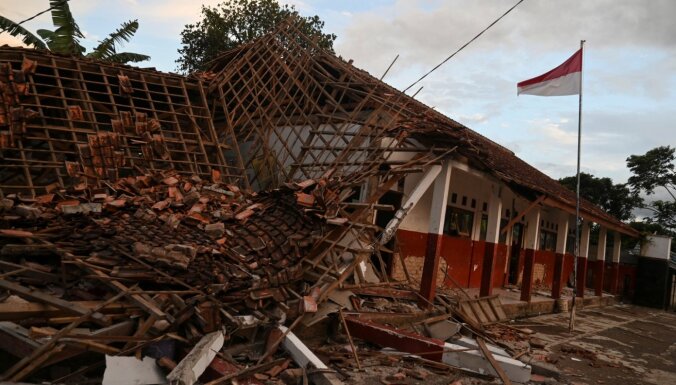 Reuters quoting Indonesian authorities informed that at least 56 local residents were victims of the natural disaster. The epicenter of the 5.6 magnitude earthquake was the city of Chianjur, 75 km from the country’s capital, Jakarta.

According to the National Disaster Agency, at least 700 people were injured, more than 300 residential buildings were completely or partially destroyed. Electricity was also cut in the earthquake area and communications were interrupted. Rescuers work in the disaster area.

The Indonesian Meteorology and Geophysics Agency said 25 aftershocks had been recorded since the quake. Because of this, there is concern about landslides, which are possible in the event of heavy rains.

Eyewitnesses told Reuters the quake was also felt in Jakarta. Some offices in the center of the Indonesian capital have been evacuated.

Indonesia is located in a seismically active zone, the previous major earthquake was fixed in February on the island of Sumatra. Then 25 people were killed, another 400 were injured. In January 2021, more than 100 local residents were victims of the Sulawesi earthquake, about 6,500 were injured.