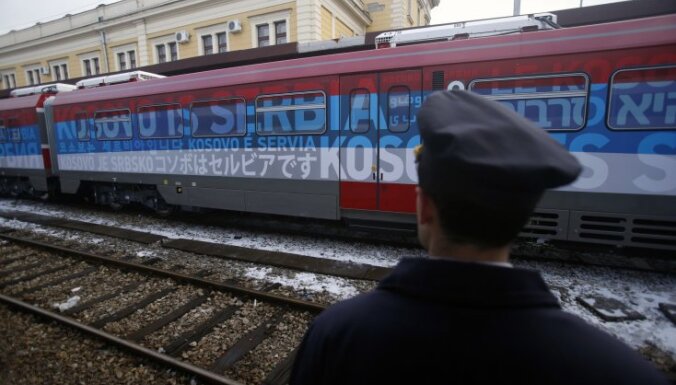 Tensions have escalated in northern Kosovo, which is predominantly Serb, over plans by Kosovo authorities to issue temporary documents to those arriving from Serbia, as well as to start the process of replacing Serbian license plates with those of Kosovo.

Today, November 21, the decision of the Kosovo authorities to levy fines for car numbers issued by the Serbian authorities came into force. Penalty receipts will be issued at the checkpoint when crossing the administrative line. This could lead to a worsening in northern Kosovo and Metohija.

“The Kosovo police have no business in northern Kosovo and Metohija, so we will have hell on earth…Serbia in this case will be with its people, and the Serbs will defend their homes,” said Serbian President Aleksandar Vucic. yesterday. He added that the situation of the Kosovo Serbs is “very difficult” and that in the event of a conflict, “Serbia will win”.

The Serbian armed forces are ready to take all measures to protect the Serbs of Kosovo and Metohija in case of an order from President Vučić, said Defense Minister Milos Vučević.

In Kosovska Mitrovica, on the bridge crossing the Ibar river, which separates the Serbian and Albanian districts of the city, soldiers of the KFOR peacekeeping force under the auspices of NATO appeared in the evening, writes Medusa. During the night, the Kosovo authorities announced that they were postponing the innovations for a month – subject to the lifting of the barricades.

Previous articleRussia will increase the quantity and quality of military equipment
Next articleOn December 13, Zelensky will take part in the Ukrainian Resilience Conference in Paris