NASA: the Orion spacecraft has approached the Moon 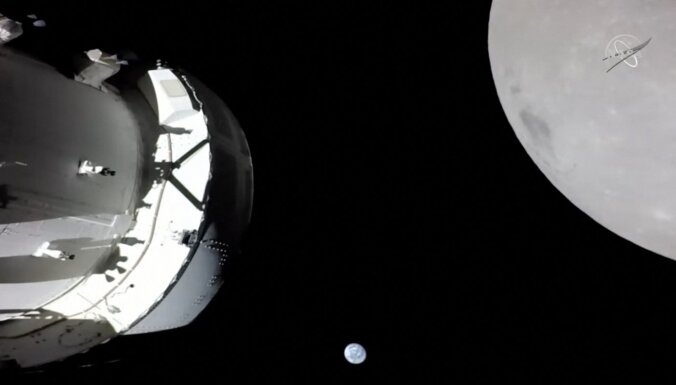 The American spacecraft “Orion” (Orion) without astronauts on board on Monday, November 21, flew at a distance of about 130 km from the moon, approaching it for the first time as part of the Artemis-1 mission (Artemis 1), the US National Aeronautics and Space Exploration Administration (NASA).

The Space Launch System (SLS) launch vehicle, which launched the ship into near-Earth space, took place from the Cape Canaveral launch site in Florida on Nov. 16 after being repeatedly postponed due to technical problems and bad weather. The path to the Moon took about a week, now Orion is expected to spend about three more weeks in flight, after which it is planned to return to Earth.

The United States intends to land on the moon again

The Artemis-1 lunar program was first presented to the public in 2020. Its goal is to return astronauts to the Moon half a century after the last mission dubbed “Apollo” (Apollo), as well as the construction of a lunar station and to prepare the conditions for a possible colonization of the Moon in the future.

In 2024, NASA plans to send four astronauts to the Moon as part of the Artemis 2 mission. The manned ship will have to fly around the Earth satellite, after which it will crash into the Pacific Ocean. As part of the Artemis-3 mission, scheduled for 2025, American astronauts will once again have to land on the surface of the Moon.

Previous articleBlack Friday: Know your consumer rights and don’t get into trouble
Next articleNeymar suffers a sprained ankle, and the Brazilian national team doctor talks about the evolution in 48 hours