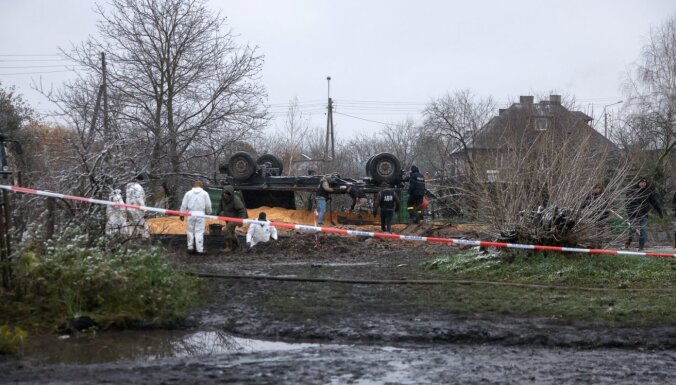 35-year-old journalist James Laporta, who reported on Nov. 15 that the rockets that fell on Polish territory were Russian, was fired from The Associated Press. Publications talk about it The Washington Post and The daily beast citing his own sources.

“According to a senior US intelligence official, Russian missiles crossed the border of Poland, a NATO member country, killing two people,” Laporta said in a note released shortly after initial reports of the incident near from the Polish-Ukrainian border.

When other publications and officials were quick to say that the investigation’s preliminary findings refute this version, The Associated Press corrected the publication. The updated memo says Laporta’s source was wrong and “later reports indicated the missiles were Russian-made and most likely fired by Ukraine to defend against a Russian attack.”

An Associated Press internal investigation found that Laporta ignored editorial standards requiring a reporter to verify information from at least two sources. Nevertheless, Laporta convinced his colleagues to publish the news – according to him, such a decision would have been approved by the editor.

The agency and the dismissed journalist declined to comment on the situation. An Associated Press spokeswoman said the newsroom strictly adheres to high professional standards and takes “appropriate action” if they are violated.

On November 15, the Russian army carried out a massive bombardment of Ukrainian territory. Polish media reported the fall of two rockets in the village of Przewoduv on the border with Ukraine, killing two people. Initially (including with reference to the Associated Press) it was reported that the shells were launched by Russia.

The following day, after consultations, the Polish authorities, as well as the United States and NATO, reported that it was an accident involving Ukrainian air defense missiles. World leaders blamed what happened on Russia, whose actions led to the use of missile defense.