Media: in Russia, with the support of Iran, they can launch the production of drones 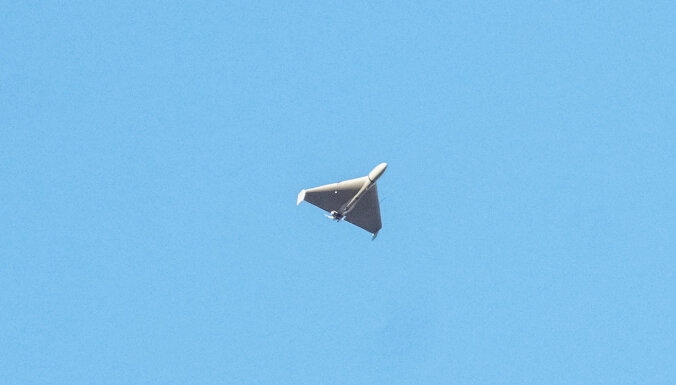 After several weeks of bombarding Ukrainian cities with Iranian-made drones, Moscow has tacitly struck a deal with Tehran to start producing hundreds of drones in Russia. The Washington Post (WP) writes about it, citing new intelligence received by US and Western security services.

Russian and Iranian officials finalized the deal at a meeting in Iran in early November, and Moscow is moving quickly to secure key developments and components that could allow production to begin in a few months, three sources told Reuters. publication.

The deal, if fully implemented, would further deepen the Russian-Iranian alliance that backs Moscow’s war in Ukraine, officials said. By launching its own assembly, Russia could significantly increase its stockpile of the relatively inexpensive but highly destructive weapons systems that have changed the nature of warfare in Ukraine in recent weeks.

Economic Benefits for Iran and Moscow’s Needs for Precision Guided Munitions
Since August, Russia has deployed more than 400 Iranian-made attack drones against Ukraine, many of which have been used to strike civilian infrastructure such as power plants, according to intelligence data.

The deal with Tehran will help meet Moscow’s urgent need for precision-guided munitions, which are in short supply after nine months of hostilities, WP notes. The deal also promises significant economic and political benefits for Iran. The leaders of the Islamic Republic may think they can avoid further sanctions if the drones are physically assembled in Russia, officials say.

Details of the Iran-Russia deal were finalized at a meeting in early November that included a group of Russian defense industry negotiators who came to Tehran to work out logistics, according to US security officials. two countries monitoring the events.

A delegation led by Russian Secretary of the Security Council, Nikolai Patrushev, traveled to Tehran on November 9 to discuss, among other things, economic sanctions and what Moscow perceives as “Western interference”.

On November 15, the US Treasury imposed sanctions on several Iranian organizations associated with supplying unmanned aerial vehicles (UAVs) to the Russian military.

The US Treasury says Iranian drones have been used by Russian forces to target civilians in Ukraine. The sanctions list includes research and development center Shahed Aviation Industries, the developer and manufacturer of the Shahed series drones, as well as Success Aviation Services FZC and i Jet Global DMCC, which the agency considers responsible for transporting weapons to Russia.

In addition, the sanctions apply to Abbas Jum and Tigran Srabionov, through whom, according to Washington, the Russian PMC Wagner, which takes part in the hostilities in Ukraine, received Iranian drones.

Iranian drone deliveries to Russia became known in August. The Armed Forces of the Russian Federation actively used them to strike at artillery positions and missile systems of Ukraine. In October, drones began to be used in massive attacks on infrastructure – power plants and power grids. The victims of these attacks were often civilians. Iran’s Foreign Ministry in November acknowledged supplying drones to Russia, but insisted it had carried them out before the invasion even began. For military assistance to Russian troops, a set of Western sanctions against Iran has been expanded.