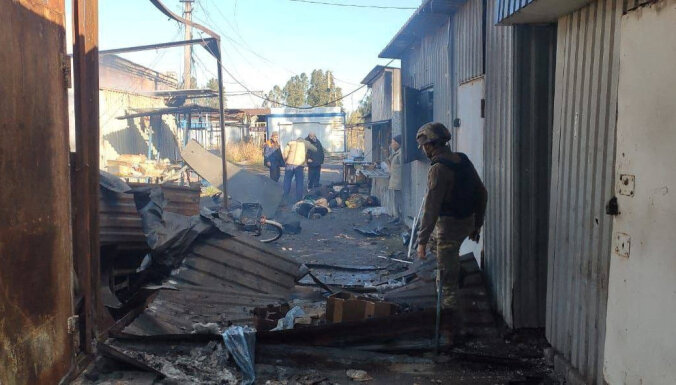 American newspaper The New York Times confirmed the authenticity of videos allegedly showing Ukrainian soldiers killing Russian prisoners. However, editing highlighted that it is impossible to establish from the video recordings in what circumstances the people who surrendered were killed.

The videos in question began circulating on social media in mid-November. In the first video, the Ukrainian army captures a group of people dressed in Russian uniforms in the courtyard of a residential building. NYT draws attention to the fact that the APU fighters in the recording booth are in relaxed poses and are not aiming at the prisoners.

The video ends abruptly when another person enters the frame and a sound similar to a gunshot is heard. A second sequence, likely filmed from a drone over the same location, shows the bodies of 12 soldiers who surrendered. Near some of them, traces of blood are visible. What happened between the two videos is unknown. The NYT writes that the last Russian soldier who left the house probably tried to resist and started shooting.

Dr Rohini Haar, a medical expert with Physicians for Human Rights, commented on the video footage at the newspaper’s request: “It looks like most of them were shot in the head. There are pools of blood. This indicates that the bodies were simply left there. It is likely that no one tried to take them away or help them,” Haar said. He also added that the Russian soldiers were lying on the ground and were in fact prisoners of war, so their death can be considered a war crime.

At the same time, war crimes expert Iva Vukusich notes that the actions of the Ukrainian army could be legitimate, since it is impossible to establish from the videos whether the prisoners were killed in the shooting or executed. after the ceasefire. Moreover, Vukusic notes that it is precisely the actions of the shooter that can be called “treason”, since the Geneva Convention prohibited feign surrender in order to strike the enemy.

The Russian authorities have demanded that international organizations condemn this “flagrant crime” and carry out a thorough investigation. The head of the Human Rights Council under the leadership of the President of the Russian Federation Valery Fadeev handed over the registration to the Office of the United Nations High Commissioner for Human Rights, the OSCE, the Council of Europe and human rights organisations. The Investigative Committee of the Russian Federation, in turn, opened a criminal case under the articles on the killing of two or more persons in the performance of official activities and on the ill-treatment of prisoners of war.

November 20, Deputy Prime Minister of Ukraine Olga Stefanishyna declared that the Ukrainian authorities will investigate what happened. She also added that she does not consider the edited short videos to be evidence of Russian authorities’ claims.