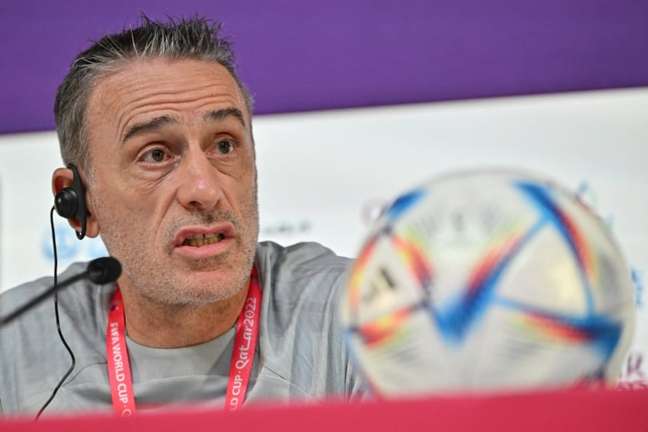 For the Portuguese, in general, it was a good game, very competitive, and the South Koreans never stopped fighting for victory.

The Portuguese Paulo Bento, coach of South Korea, this Thursday praised the posture of the commanders in the draw with Uruguay in the 0 to 0, in the opening of the match world Cupbut he admitted that he suffered, especially in the second half, with his opponent’s “very good players”.

– One of the positives was matching the aggressiveness levels of Uruguay, who we know are an intense team. We pressed well – assured the former commander of Cruzeiro, at the press conference.

– In the second half it was a little lower. Now we will try to recover the players and see if we can maintain the levels of aggression in the next match, because it will be difficult – concluded Bento, referring to the duel with Ghana next Monday.

For the Portuguese, in general, it was a good game, very competitive, and the South Koreans never stopped fighting for victory.

– We had an excellent game in the first half, with moments of dominance and we were able to develop our game. Afterwards we suffered a bit because the opponent has very good players – explained the coach.

– We are confident that we can play in this style and that we can take risks – concluded Bento, speaking of the rest of the participation of South Korea, which will still face Portugal, as well as Ghana.

Previous articleBurkina Faso: The Prime Minister won the confidence of the Parliament
Next articleRussia will release 35 prisoners of war as a result of a new exchange with Ukraine