The defender says Japan “showed what they can do” in the cup and stresses: “we had success in defence” 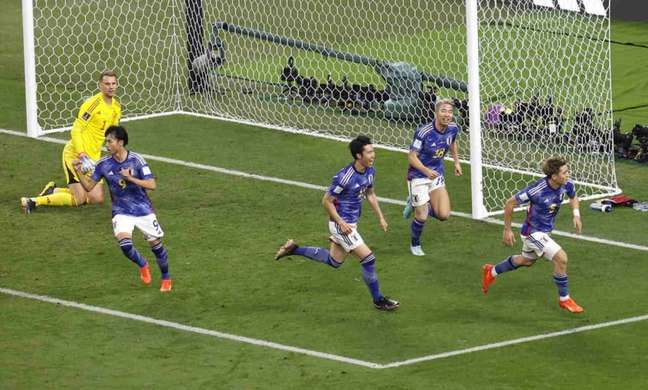 Japan stunned the soccer world in the first round of Qatar World Cup. In the round, the team defeated four-time champion Germany in a triumph ‘foretold’ by a famous anime. In an interview, Takehiro Tomiyasu praised the performance and said that the selection showed what he can do in the tournament.

– We showed what we can do on the pitch against a tough opponent. We have to concentrate now on the next one – said the defender, in the mixed zone.

After the triumph, Japan are fighting to secure qualification for the next phase already in the second round, on Sunday, at 7 am (Brasilia time), against Costa Rica. Despite the goal conceded from a penalty, the defender underlined that the system it worked even against a strong and competent opponent.

“We had success defensively in the second half so we managed to win,” he said.

The defender stressed that the Japanese style of play is well defined and does not need significant changes for this Sunday’s duel.

– We don’t need to change many things since we got the three points. But, of course, it won’t be an easy game. We have to prepare as much as possible – said Tomiyasu.

Previous articleQatar-Senegal: formations, where to watch, schedule and refereeing
Next articleSRM Ventures wants to inject another BRL 320 million into up to 20 fintechs