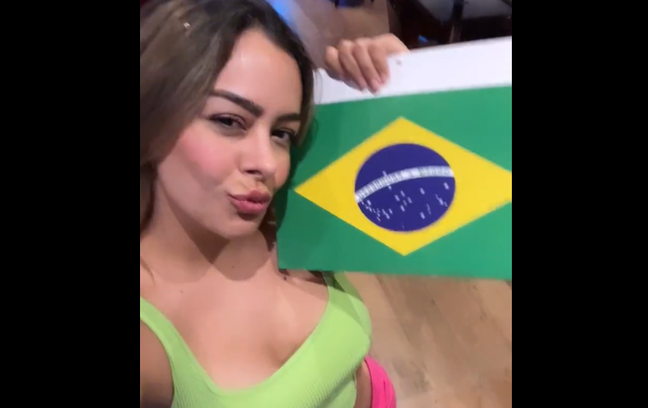 Brazil conquered another audience this Thursday 24, the day of the debut of the Selection at the World Cup in Qatar. Just before the Brazilian players took the field to face Serbia, Paraguayan model Larissa Riquelme took to social media to support the national team.

“We follow,” he captioned a video in which he appears holding the Brazilian flag.

Riquelme became a muse during the 2010 World Cup in South Africa when she appeared in her country’s crowd with a cell phone between her breasts.

Taking advantage of this ‘trademark’, the model also posted a photo on her Instagram with a green and yellow bikini and mobile phone, obviously in the place that made her famous, to cheer for Brazil.

Following her success in 2010, Larissa started a career as a digital influencer. She is now 37 years old, she is also a model and has a TV and radio show.

Previous articleThe Transition economy group has its 1st meeting with Guedes; “It was great,” Barbosa said
Next articleArgentine and Mexican fans battle in the streets of Qatar; watch videos