Identity of young man who disappeared from Tallink ferry identified 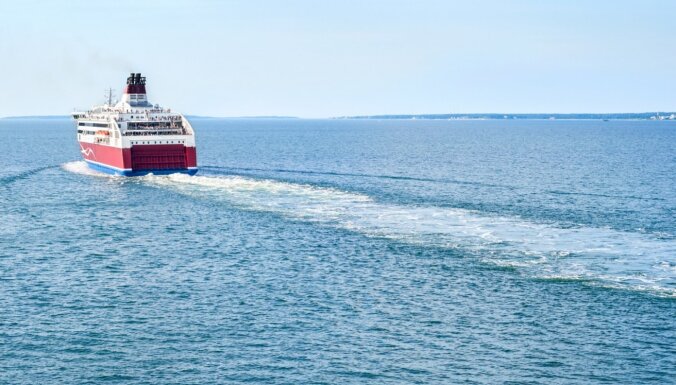 The identity of the Baltic Princess missing from the ferry has become known. He turned out to be a Finnish citizen,
Report by The Postedia Reisijuht with reference to the Finnish news channel Yle.fi.

It is suspected that on Friday evening a passenger fell off the edge of the Baltic Princess liner.

Marika Neid, head of the communications department at Tallink Silja, said the ferry’s security cameras caught a man climbing on the nightclub’s structures at night. However, a possible fall to the sea is not visible on the images of the surveillance camera.

According to Neid, the missing person is a Finnish man in his twenties. At the time of the incident, the ship was on a cruise organized by students of economics from the University of Turku.

Neid was unable to confirm whether the missing student was a student or not. According to her, the young man was last seen on the roof of the Disko Klub nightclub. The nightclub is located on Deck 10, which is the top deck of the liner.

“An acquaintance of the young man told the ship’s crew that he last saw his friend climbing the nightclub structures and had not been able to find him since,” said Neid.

According to Neid, the incident happened around 3 a.m. Thursday through Friday. Once employees learned of the alleged disappearance, they began reviewing security footage from the ship.

The ship slowed down, suspecting the man was missing, but continued on its usual course.

What structures has the man climbed?

The Disco Club nightclub, located on the ship, is surrounded by an open terrace, with partial coverage.

“The missing man climbed over the glass cladding,” Neid said. According to her, there are no ladders or steps at the end of the canopy.

“I can’t say how he got on the roof. The roof is not very high and you can climb it if you wish, although this should be avoided by passengers and staff,” said Tallink communications manager Silja.

“It’s never happened before that someone climbs onto the roof structures and falls into the sea,” Neid said.

She added that disappearances on Tallink Silja ships are rare given the number of passengers.

“These are truly tragic and terrible cases. Some years, everything is calm and no one dies. Another year, people fall or fall into the sea,” says Neid.

Previous articleCanada: Elizabeth May takes over leadership of the Green Party after a three-year absence
Next articleElections without choice, a country without upheavals. What you need to know about the re-election of the President of Kazakhstan