The Russian Ministry of Finance has estimated the budget deficit for 2022 at 1.6 trillion rubles 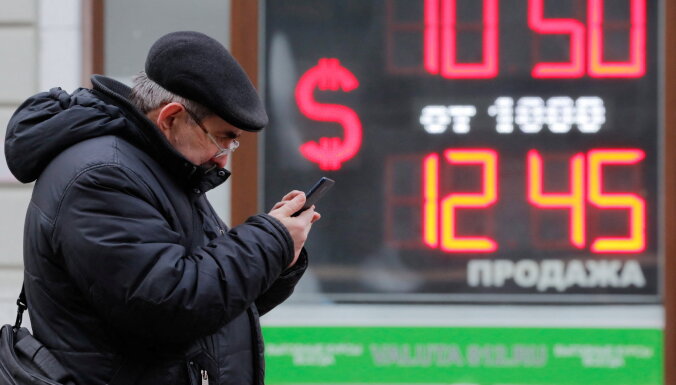 Russia’s budget deficit in 2022 will amount to at least 1.6 trillion rubles, it will be compensated by the National Wealth Fund (NWF), Russian Finance Minister Anton Siluanov said. About that writing Meduza, citing Interfax.

“All the revenue we collect will go into expenses. Will this money be enough for expenses? Under the conditions of the deferrals provided for insurance premiums, it will not be enough. state?” budgetary funds? National Welfare Fund (NWF)”, Interfax quotes the words of the head of the Ministry of Finance.

That is, these carryovers of 1.1 trillion and 540 billion rubles to the second and third quarters will be compensated by additional spending this year from the federal budget to extrabudgetary state funds. This is the first volume that will require an increase in the budget deficit.

Siluanov also did not rule out a drop in oil production in Russia of 17% in 2022.

According to the minister, the final size of the budget deficit “will depend on the government’s anti-crisis response measures” and the support measures that the Russian economy may still need. Siluanov expressed hope that the main steps have already been taken.

In early April, after the start of the war in Ukraine, Russian Prime Minister Mikhail Mishustin announced that in 2022 the Russian budget should show a zero surplus.

Chinese stocks rose...
Previous articleNapoli want to sign Giovanni Simeone after his great season at Hellas Verona
Next articleTinelli will define before Friday if he leaves San Lorenzo: “I will do what is best for the club”