Estonian cargo worth over 100,000 euros disappeared without a trace in Spain 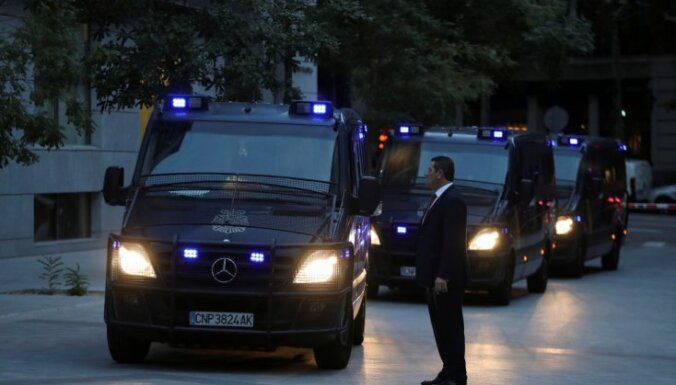 An Estonian company was the victim of an international criminal scheme in Spain, which led to the evaporation of hundreds of customers’ goods worth around 50 million euros from a logistics center located in Madrid. The Estonian company survived thanks to insurance that compensated the damage up to 133,678 euros.

For the Estonian company, everything started as usual – the customer ordered the goods, the goods were sent from Estonia, after which the intermediate warehouse in Madrid, which the customer had previously used without any problems, sent a message to Estonia stating that the goods had arrived there. However, the goods went nowhere from there and the chain of information on its way was interrupted.

Some time later, after dozens of complaints, the logistics center was accused of a major fraud, in which almost 50 million euros of goods were stolen from a warehouse of companies from different countries.

“A crime of this magnitude is unique in Europe. The greatest damage was suffered by a company from which property worth 5 million euros was stolen,” explained Erko Makienko, head of the damage department. ERGO companies.

To clarify the circumstances and find the goods, the Estonian company hired a legal representative in Spain and turned to the authorities to intervene in this situation. “In the case of international transport, there is a waiting period of 60 days in the insurance of the goods, that is, before the expiry of this period, the goods are not considered as missing,” explained Makienko. The euro was recognized as recoverable.

The theft of goods during transport is far from being an everyday reality in ERGO’s practice. “Usually, attackers always steal easy-to-sell goods, such as, for example, household appliances, work tools, etc. And more common are cases of damage to goods during transportation,” Makienko added.

This year, the insurance company ERGO paid cargo insurance indemnities for an amount of approximately 290,000 euros. In the case of contracts concluded in 2022, the average damage was 7,800 euros. “However, the total amount of damages in such cases is usually larger, because a certain part of the damages is still in reserve, that is, under consideration,” Makienko added.

“It is important to note that in the case of the transport of goods, the liability of the carrier alone is not sufficient, since generally his liability is limited to the weight and the unit of account of the International Monetary Fund SDR, which determines the limit of liability in the event of an insured event.

If transported by road, the liability limit is 8.33 SDR per kilogram,” Makienko added. – For example, in this case, the goods of the Estonian company were computer hard disks, the total weight of which was 100 kg. Without cargo insurance, instead of an indemnity of 133,000 euros, the customer would only have been entitled to 1,075 euros. Insurance is also important for goods transported by sea, because the liability limit in sea transport is almost four times lower than that of road transport, and in recent years there has been a tendency to increase accidents involving freighters.”