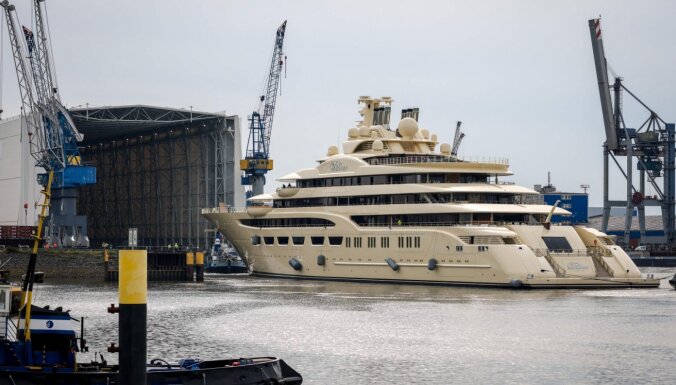 How writes “Novaya Gazeta. Europe” , among the paintings stopped were paintings by the artist Marc Chagall. In 2021 the yacht was undergoing a major overhaul in Hamburg and the paintwork was in the warehouse of a transport company.

The Dilbar yacht itself, worth $600 million, is located in Bremen. At the end of September, searches were carried out there. German authorities seized the yacht in March after Usmanov faced EU sanctions.

Investigators hoped to establish that Usmanov lives in Germany and is obliged to pay taxes. German authorities already assume that the Russian businessman has not paid taxes amounting to at least 555 million euros since 2014.

Usmanov’s representative believes that the charges against the businessman are unfounded, as he is “a law-abiding and conscientious taxpayer who has already paid his taxes in Russia.”

The businessman’s press service insists that the paintings, like other works of art, do not belong to Usmanov, just like the houses and the yacht themselves. They are owned by discretionary trusts in which Usmanov has no control or beneficial interest.

“Mr. Usmanov has disclosed to relevant authorities his assets located inside and outside the EU, and this documentation is certified by Big Four auditors,” the press release said.

Previous articleA man yells at Allah Akbar and stabs a police officer in Brussels (2)
Next articlePHOTO: Yeltsin appeared in the fifth season of The Crown. And it was played by a Russian