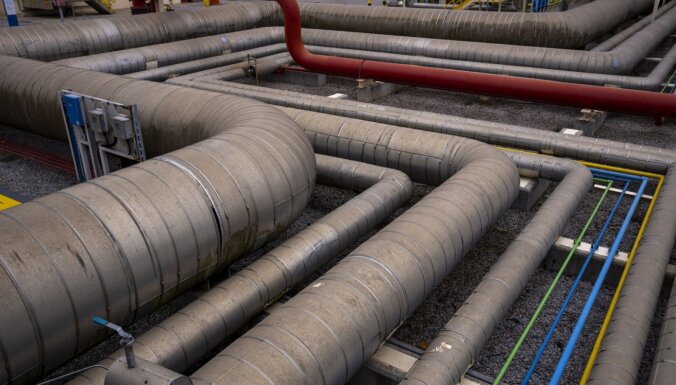 After denying gas supplies from Russia, Europe bought record volumes of liquefied natural gas, even overtaking China, according to the report by analyst firm Kpler.

From January to October this year, 27 states in the European Union purchased a total of 105 billion cubic meters of liquefied natural gas (LNG). Thus, the level of LNG consumption in Europe turned out to be higher than in China. This data, on Thursday November 10, was published by the RBC trade publication with reference to the report by the analysis company Kpler.

In the same ten months of 2021, the volume of imports of liquefied natural gas to Europe amounted to 64 billion cubic meters, and last year – 71.8 billion. In 2022, according to experts from Kpler and Skoltech, the LNG import indicator will reach 123-125 billion cubic meters.

China, on the contrary, is reducing the volume of its purchases: from January to October 2022, China received 69.9 billion cubic meters of liquefied gas, for the same period in 2021 – 87.5 billion, and in total for 2021 – 108 billion cubic meters. Previously, China was the largest consumer of LNG in the world.

In 2021, about 40% of gas consumption in European countries was provided by pipeline gas supplies from Russia, and only 18% was liquefied gas. From now on, the share of LNG will increase to 35%, according to Skoltech employee Sergey Kapitonov. After the Russian invasion of Ukraine, the European Union began to refuse agreements with Russia.

Gas storages in Europe before the winter season managed to fill up by an average of 95%, in Germany this figure exceeded 99%. Liquefied natural gas is delivered to the EU mainly from Qatar, the United States, Algeria and other countries, but of the 105 billion cubic meters of LNG purchased by Europe in the first ten months from 2022, 16.5 billion is imported from Russia. The growth in LNG demand has led to a sharp increase in prices. In autumn, they began to decline due to unusually warm weather.

China managed to send more than 4 million tons of liquefied gas to Europe during the year, but in October authorities in Beijing stopped the fuel export so that it would be enough for consumers national throughout the winter.

How the LPG market has changed

“Europe’s concern about its energy security is leading to energy poverty in the developing world. Europe sucks gas from other countries, no matter the cost,” Saul Cavonic told Bloomberg. analyst at Credit Suisse. As a result, developing countries are looking for cheaper energy sources, often more harmful to the environment, and trying to save electricity.

“With demand for LNG increasing significantly in Europe, the market will be limited until new supplies arrive, which will take years,” suggests Meg O’Neill, director of the Australian group Woodside Energy.

Previous article‘Italy was inhumane’, says the French minister for migrants
Next articleBiden meets Meloni during the G20 summit