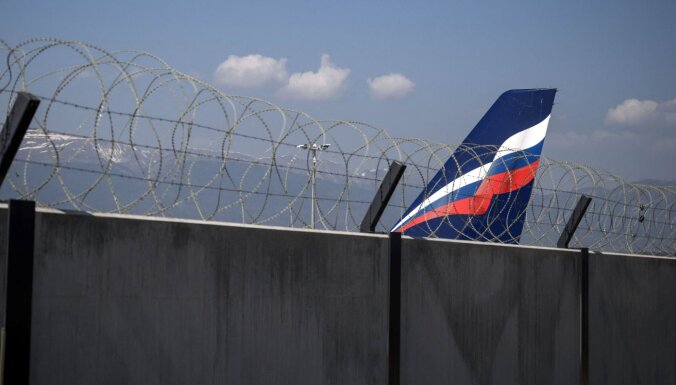 The Turkish authorities refused to allow into the country’s airspace Russian planes with dual registration, that is, “registered” in two jurisdictions – in Russia and abroad. The ban has been in place since Nov. 1 and applies to planes that Russia failed to return to their owners after Ukraine war sanctions were imposed, writes the Moscow Times .

“The situation today is such that hostile countries accuse us of the ‘double registration’ they have created and do not notice at all that they themselves are violating the basic principles of the Chicago convention,” said to RBC a representative of the Ministry of Transportation.

According to him, Bermuda must be excluded from its register of aircraft operated by Russia. But Bermuda’s air registrars are delaying the process, which is “a gross violation of the Chicago Convention,” the official said.

All aircraft registered in Bermuda are owned by Western leasing companies which have made them available to Russian airlines. After the announcement of the first sanctions against Russia for the invasion of Ukraine, the lessors demanded the return of the ships, but the Russian authorities authorized the airlines not to do so.

In March, Russian President Vladimir Putin ordered the plane to be registered in Russia so it could continue flying. It was assumed that issuing national certificates of airworthiness would allow airlines to retain their fleet of aircraft and use them on domestic routes.

EU Transport Commissioner Adina Valena called it a breach of international safety standards, as Russia decided “to use foreign-owned aircraft without proper certificates”. This resulted in the banning of flights to the EU for 20 Russian airlines, including Aeroflot, Pobeda, Rossiya, Siberia (S7), Ural Airlines and others.

The International Civil Aviation Organization (ICAO) has reminded Russia that registering an aircraft in more than one state is considered a violation of Article 18 of the Chicago Convention. Indeed, this leads to the non-recognition of the airworthiness certificate, which calls flight safety into question.

Turkey is not the first “friendly” country to refuse to allow dual-registered Russian planes into its airspace. In May, China took a similar decision, banning Boeing and Airbus flights from Russia. Russian carriers have been unable to confirm to Beijing that they have delisted planes overseas.

Previous articleMessi, Modric, Ronaldo… Football stars for whom the World Cup in Qatar will be the last
Next articlePentagon: More than 100,000 Russian soldiers have been killed and injured in the war in Ukraine