The new Chevrolet Montana will have the 1.2 turbo engine, GM confirms 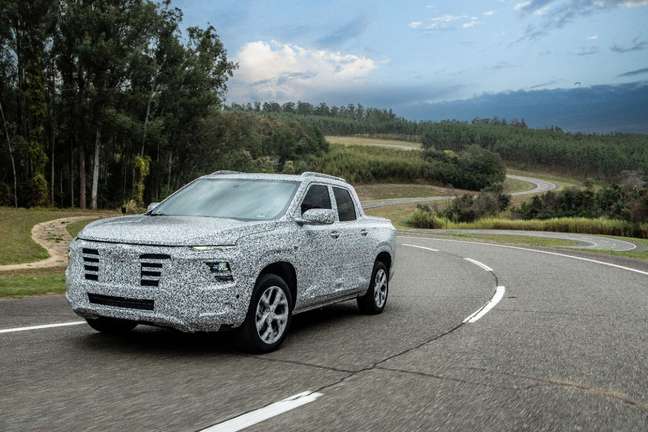 The automaker has confirmed that the new Chevrolet Montana will have a 1.2 turbo engine in all versions and which model will be the champion of consumption

General Motors confirmed this Thursday 24 information already taken for granted by the specialized press: that the new Chevrolet Montana pick-up will have a 1.2-liter engine supercharged by a turbocharger in all versions.

The car manufacturer, however, limited itself to communicating it, without revealing any technical data, such as power and torque. The new Montana will be unveiled on the official Chevrolet YouTube channel on December 1, when pre-sales of the vehicle also begin.

One of the novelties of the 1.2 engine that will be used in the new Chevrolet Montana is the electronic center, which allows up to three times more calibration variables than the previous generation pickups, thus ensuring a much more efficient operation of the powertrain. The result is the best acceleration-to-fuel-mileage ratio in the segment, according to GM engineering projections.

Thus, says GM, the future representative of Chevrolet will be, for example, among automatic pickups, the fuel economy champion – a feature that is increasingly gaining relevance for those looking for an extra dose of practicality. And with a lot of silence on board.

“A specific engine and transmission calibration was developed for the new Chevrolet Montana considering the vehicle’s proposal, to optimize performance, both empty and fully loaded,” explained Eduardo Domeniquelli, chief engineer of the project.

Another interesting concept of the new Montana, according to the manufacturer, is the fact that it combines the robustness of a pick-up with the comfort and driveability of an SUV. GM is emphasizing this feature, which makes it clear this isn’t going to be a work-oriented SUV.

The new Chevrolet Montana was developed to be a practical and versatile car for everyday use, even in parking lots. For this reason, it innovates in the proportions of the bodywork, which translates into an even better use of the interior space, even for passengers in the second row of seats.

And like any self-respecting pick-up stands out for its bucket, the new Chevrolet Montana will also surprise you in this sense. It has an intelligent bucket, for multiple load organisations, with the best sealing against water and dust in the segment.

GM has already teased some details of the look of the brand’s future pick-up, including full LED headlights, a double cab and a bucket lid with a damping system for opening.

The new Chevrolet Montana is a joint project developed with GM technology centers in South America, North America and Asia. It will be the next member of the Chevrolet brand’s global family of compact vehicles, already consisting of the current generations of Onix, Onix Plus and Tracker.

Previous articleGuedes has provided a team and their views will be taken into account in the transition, says Nelson Barbosa
Next articleThe Brazilian trans is sentenced to prison for killing an Italian during the silicone implant